When to Travel to Germany

When to go to Germany


When is the best time to go to the beautiful country of Germany? Any time that fits in to your schedule! Germany is a wonderful place to visit during every season. To answer the question more specifically, "when to go to Germany?" it is best to consider the following things: Which do you love more-- Bright sunny days with warm southern breezes and popular, tourist-filled attractions, or cold temperatures, beautiful crystalline sights along with cheaper air fares and a lesser number of fellow Germany explorers, or something that may fall in between?

When to travel to Germany? Decide for yourself!


Springtime in Germany is considered a best time for Germany travels. The weather is generally beautiful after the long cold winter. Spring festivals are abundant, yet, the traditional tourist attractions have not yet peaked with capacity crowds, and airfare is generally cheaper than during the summer time. As the air temperatures go up, correspondingly, so do the prices for flights to Germany and the prices for lodging as well. However, prices will still remain considerably lower during the Spring than during in the peak time of summer. Springtime experiences include the Springtime Fair in Frankfurt, and Ballet Week in Munich, just to name a couple. Easter in Germany is truly a holiday to celebrate, with events happening around the country for the entire Easter weekend.

Summer is, by far, a favorite time to visit Germany. Considered the On Season by many, if you wanted to know when to travel to Germany, the majority would tell you that summer is, unequivocally, the best time for Germany travels. Open-air events and festivals abound. Keep in mind, however, that the On Season often leads to higher air fares and a greater number of crowds to contend with at the most popular tourist attractions. Some of the most popular events in summer include: the Handel Festival in Halle an der Saale, the Rock am Ring open air music Festival in Nuerburg Ring, the Bach Festival in Leipzig, Kiel Week sailing event in Kiel, that bring sailing enthusiasts from around the world, the Mercedes Benz Fashion Week in Berlin, the Classic Open Air Festival in Berlin, the Richard Wagner Festival in Bayreuth, and the DOM Festival in Hamburg, just to name a few.

Autumn is a wonderful time to visit. The summer crowds have long since returned to their homes, the weather is warm, but not overly hot, and there is sometimes a slight bite of chill to the air foretelling of the winter to come. Come prepared, however, as sometimes Germany's autumn time brings rain. Fall festivals, and the Oktoberfest are the highlights of visiting Germany in the fall. Oktoberfest can be considered the only exception to the "less tourists" during this season rule, especially in Munich. Lodging costs can be fairly compared to those summer rates during this world-famous festival. Other autumn events in Germany include: the Stuttgart Beer Festival, and Germany's National Holiday on October third.

When to go to Germany? Winter provides the peace and quiet that some European travelers often times long for, with one exception. As in other countries around the world, the holiday season offers fun and festivities-- along with a higher price tag for lodging and airfare. Germany's Christmas Marketplaces have been known to draw crowds from around the world! Featuring a stereotypical winter, Germany sometimes has been known to have below-freezing temperatures, so bundle up, and enjoy the many skiing and other winter sports available in this beautiful country. Outside of the holiday season, there are so many events to enjoy: The Transmediale in Berlin, a international event showcasing modern and digital art, the motorcycle fair in Leipzig, the annual Semper Opera Ball in Dresden, the colorful Fasching Karneval throughout the country, and many, many more.

Regardless of what time of year you visit Germany, you are sure to come home with memories that will last you a lifetime through. 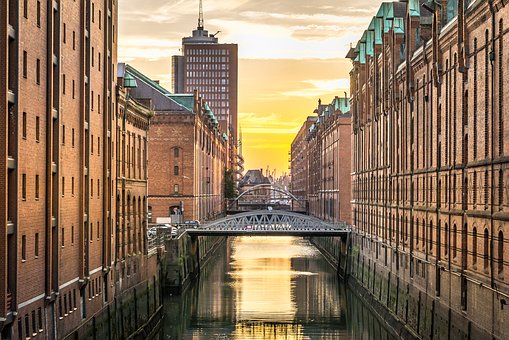