When to Travel to New Orleans Louisiana 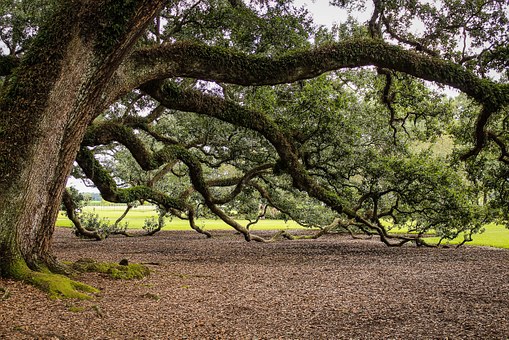 New Orleans is the largest metropolitan area in the state of Louisiana. It is a major United States coastal port and the population was a half million in the last census. After being destroyed by Katrina, New Orleans has staged a renaissance. That New Orleans resilience was on full display as they re-built the city in record time. They began to offer the world’s most renowned convention and party atmosphere within months of the catastrophe. Today, it is buzzing and again offering an integral part of the city's charm, its festivals. New Orleans has festivals all year, but from March until May the festivals ramps up with food, music, culture, literature, and the arts. Prices rise during major festivals.

The resounding theme is that when the weather is cool, prices are hot. However, if you are interested in Mardi Gras, the best time to visit New Orleans is from February to May. Mardi Gras is French for Fat Tuesday, also called Shrove Tuesday. It refers to the day before the beginning of Lent. Religious Christians would consume all items that would be banned during Lent. People used Lent as a time to fast and repent. Mardi Gras is "fat" or "great" because it is associated with a lot food and celebrations. It is a one-day event in most parts of Europe, but it lasts several days in New Orleans. This is the most expensive and crowded time to visit. It is, however, the best time to visit because the culture of New Orleans is on display. The crowds are large, but they are there to experience the essence of the magical city and celebrate the occasion.

Mardi Gras is "fat" or "great" because it is associated with a lot food and celebrations. It is a one-day event in most parts of Europe, but it lasts several days in New Orleans. This is the most expensive and crowded time to visit. It is, however, the best time to visit because the culture of New Orleans is on display. The crowds are large, but they are there to experience the essence of the magical city and celebrate the occasion.

The least expensive time to visit is in the summer. During this time, hotels offer low prices and package deals. With a daily high around ninety degrees, summers are hot and humid. This fact cannot be ignored. When enjoying daytime events, caution must be taken because the heat is unbearable. Flights are also lower at this time of the year. The Essence Music Festival is presented at the Mercedes-Benz Superdome on July 3-6. This star-studded event is worthy of the birthplace of jazz. The days are hot in the summer, but the nights are cool. This cooling makes the activities in the evenings and at night more bearable in the summer.

Spring and fall are pleasant. Temperatures average eighty degrees from October through April. In April, millions make the pilgrimage to the historic Fair Grounds and Race Course. The New Orleans Jazz and Heritage Festival has presented music from around the globe for forty years. The lineup is a who's who of music legends. It is presented on April 25 - May 4 and the music is inspirational, the weather is cool and the celebrations are in full swing. These scheduled events bring crowds from across the world.

New Orleans is not a big city. If crowds are a problem, New Orleans proper should be avoided on these dates. There are plenty of smaller shopping venues in New Orleans that are less crowded. In December and January, the city is calm, and making hotel reservations a year in advance is not necessary. Christmas is a beautiful time to see the city, and the streets become quiet. The rates are low on hotels and flights, except when New Orleans is hosting a major sporting event. They regularly host the biggest events in collegiate and professional football and basketball.

New Orleans is known for the world-renowned restaurants that line the streets, but Acme Oyster and Seafood House have local delicacies, unique flavors and famous New Orleans cocktails at a reasonable price. It is located at 724 Iberville Street. The dress is casual, and entrees are under twelve dollars. Acme has been in business for nearly one hundred years. Diners may start with a dozen cold oysters, but red beans and rice, creole seafood gumbo and fried seafood are standards at Acme.

And they seem to be showing up in big numbers: New Orleans Facebook pages showed that 5,000 people were interested, though organizers didn?t expect quite that many to show up in person. And early reports from the nation?s capital signaled that it was likely that the National Women?s March in Washington, D.C. might attract 500,000 participants, twice as many as Friday?s presidential inauguration, which drew an estimated 250,000 people.

The average maximum daytime temperature in New Orleans in April is a warm 26°C (79°F) with low heat & humidity. The average night-time temperature is usually a comfortable 16°C (61°F). There are usually 9 hours of bright sunshine each day, which represents 67% of the 13 hours of daylight.

New Orleans Louisiana in May

But anyone who has ever been in the Big Easy in warmer months will tell you that the temperature is not the whole story. One weather aspect makes a huge difference, and that aspect is humidity. The chances of it being not just warm but muggy are high in May, rising to virtually all the time by the end of the month. It's also cloudy and even overcast much of the time. And it rains a lot, too; NOLA generally gets about 5 inches of rain in May.

All that said, New Orleans, is such a flat-out fun place to visit and hosts so many special events in May that you just have dress right, mostly ignore the weather and find an air-conditioned respite if it's unbearable.

The average maximum daytime temperature in New Orleans in June is a hot 32°C (90°F) with very high heat & humidity. The average night-time temperature is usually a warm 23°C (73°F). There are usually 9 hours of bright sunshine each day, which represents 64% of the 14 hours of daylight.

This list will provide you with some of the best activities that are available in New Orleans during the month of June. We?ll make sure to mention if one of the following events is free, family-friendly or great at night, but you will also find sections devoted to these subjects below.

The average maximum daytime temperature in New Orleans in July is a hot 33°C (91°F) with very high heat & humidity. The average night-time temperature is usually a warm 23°C (73°F). There are usually 8 hours of bright sunshine each day, which represents 60% of the 14 hours of daylight.

With hotel prices at their lowest and month-long COOLinary New Orleans discounts running at dozens of the best restaurants in town, August is actually a great (and money-saving) time to visit. Just prepare to spend a lot of time doing indoorsy things like having long, luxurious lunches; taking strolls through the city?s exceptional museums; hearing live music at night, and perhaps doing a bit of shopping.

Average highs in the afternoon are 89 degrees Fahrenheit, and that is pretty much constant every day, sometimes only reaching the mid-80s but also topping out in the mid-90s on some days. The worst news: the humidity. The chance of high humidity levels is close to 100 percent virtually every day in August, and that means it's oppressive and miserable. Nighttime lows average 78 degrees, and it rarely falls below 74. Silver lining: It's plenty warm enough to sit outside at bars in the French Quarter well into the middle of the night. The chances of rain on any given day is relatively high, nearly 60 percent at the beginning of the month and 46 percent by the end. But a storm won't cool things off for long; it just adds to the muggy factor.

Hotel prices are still quite low, though not as low as in July and August, and We Live to Eat Restaurant Week brings meal deals to dozens of the city?s best restaurants. If you don?t mind spending some of the more sweltering parts of the days indoors?or at least sippin? on something frosty?September is a relaxed but entertaining month to visit.

It?s likely that the majority of a visit to New Orleans in September will be quite hot, so comfortable summery clothes should be the bulk of your wardrobe. However, a cool breeze is possible at night, and the legendary air conditioning of the Gulf Coast is always on full blast, so bringing a wrap or light layer of some sort is always a good idea. It also rains about 10 days in September, so pack something waterproof or an umbrella. If one of the higher-end, old-line New Orleans restaurants is in your plans, check first to see if they have a dress code; fellas, you might want to bring a jacket and tie just in case.

The average maximum daytime temperature in New Orleans in October is a warm 27°C (81°F) with low heat & humidity. The average night-time temperature is usually a comfortable 16°C (61°F). There are usually 8 hours of bright sunshine each day, which represents 68% of the 11 hours of daylight.

By setting the record for the longest pledge period (11 weeks) over three years ago, this tribe proves week in and week out that it is built on strength, perseverance, and determination. This first southern November Project location was created by Cameron, Preston, Will & Kate. Since the departure of the OG leaders, the tribe has been taken over by the dynamic duo of Glenn and Mia as co-leaders.